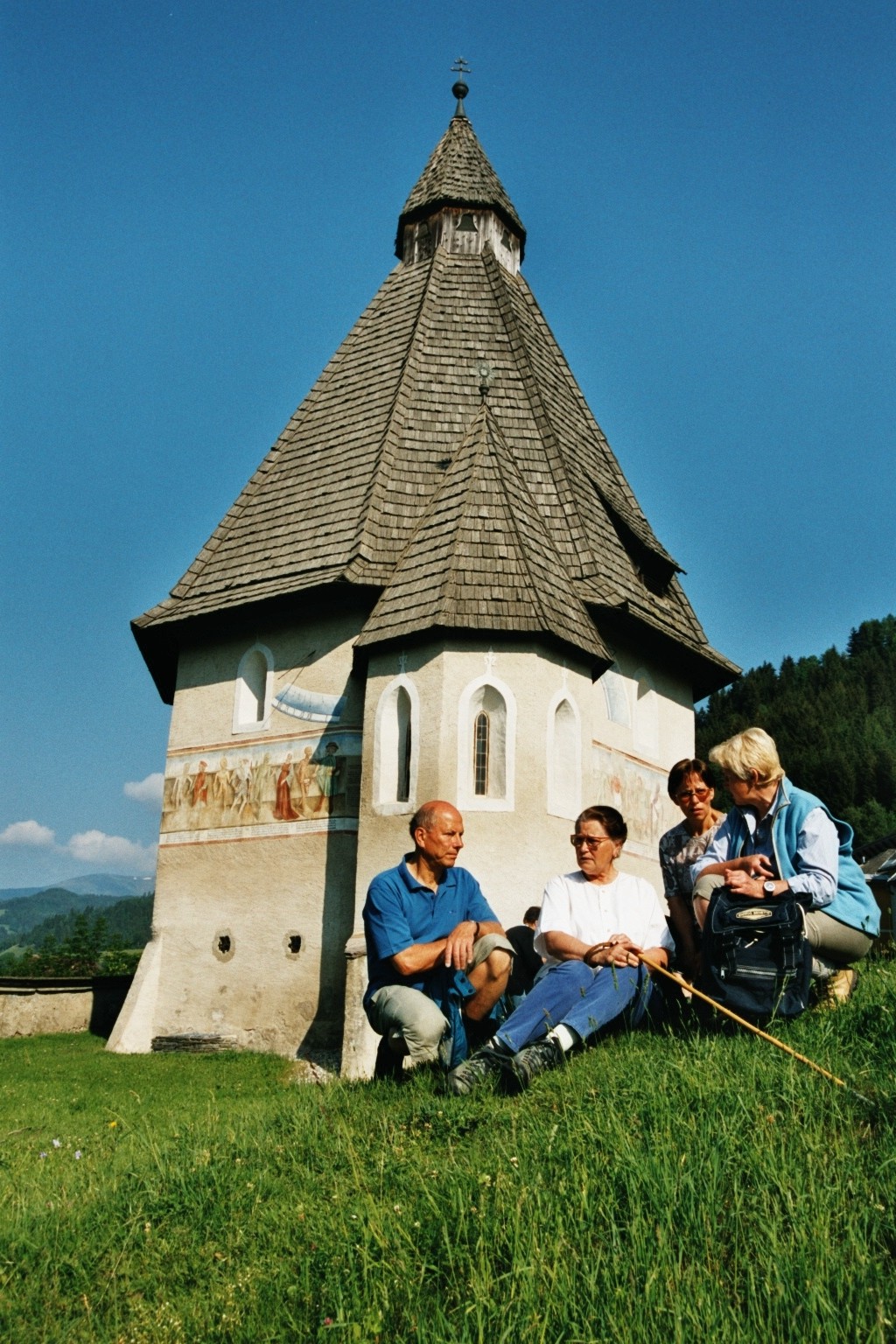 The ossuary is situated immediately south of the parish church of Metnitz, at 850 m above sea level. It is a small octagonal building with a steep pyramidal roof and a roof lantern.
The entrance to the basement of the bone house is to the east, and that of the upper vaulted room is to the north.
The Dance of Death frescoes were painted on the outer wall of the ossuary as a frieze, approximately 1.20 m wide and 50 m long in total.
After being continuously exposed to the influence of the weather, they were so badly damaged in places that finally in 1968/69 the best-preserved sections were removed and taken to the restoration workshops of the Federal Monuments Office.
In 1989 Walter Campidell and Dietrich Wiedergut produced a copy of the Dance of Death using fresco techniques.
Their models for this were the partly still preserved original frescoes, the watercolour copies dating from 1885 and illustrations from the Heidelberg blockbook.
The old medieval ideas of transience are reinterpreted in the dance of death. The “macabre” but also suggestive visualisation of the dancing Death, embodied in the form of a half-rotted corpse, is combined with the radically-worded claim that all strata of society are equal before death. The ambivalence of the message of the pictorial theme is most clearly shown in the associated texts, which on the one hand are religious and moralising, but on the other hand express very direct criticism of the ruling classes of feudal society. 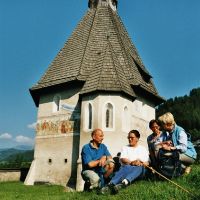 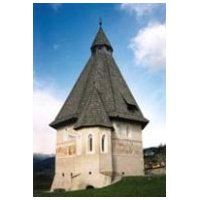